Sales and Use Tax Blog

Why Do Companies Have a Second Set of Books, i.e. Financial Records?

I went to a conference and the speaker encouraged business owners to have a second set of books.  I heard the suggestion and thought, “what is this craziness?!” The rationale was as follows:

As people began to make plans to institute this plan, I was struck by the level of risk associated with this practice.  It is truly dangerous to have two sets of books. Think about it.  What happens if someone inadvertently uses the second set of books to report income to any tax authority, state or federal? You have under-reported sales if you took  out “extraordinary” sales. You have overstated expenses if your “personal” expenses—that should not have been part of the books—are removed. Taxing authorities would have a field day.  Can you see the stink eye that an auditor would level at you?

The question from any taxing authority is going to be “why would you have a second set of books?”  Usually there is some assumption that something shady is going on. It is a nightmare for accounting staff or anyone looking at your records.  Mistakes happen. Good luck if anyone inadvertently makes entries to the wrong set of books. Can you imagine telling a third party, “I made a mistake with this entry.  It should have been in the other set of books.” Try telling that to a taxing authority…I can smell a really thorough audit in which the business owner doesn’t get the benefit of the doubt on anything.

Ultimately no one can tell you how to run your business or how to address the accounting function.  It’s your choice. As a CPA, and someone who works with state tax authorities, I would not recommend the maintenance of a second set of books.

If it looks shady or doesn’t pass the smell test, you probably shouldn’t do it.  Keeping one set of clean and accurate records is less work than keeping up with two sets of records any day of the week. 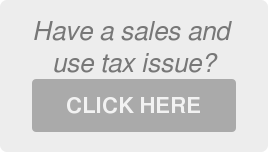 “The content of this website is intended to convey general information only and does not represent accounting, tax or legal advice or opinion. Because tax laws, policies, and applications are dynamic and fact-specific, please consult with a state tax professional for a complete analysis of law as it may apply to your specific situation at a particular time. If you require an in-depth review of a specific fact situation, please contact our offices to establish a client relationship for opinion and advice.”